Dare to Be Remarkable

“MAKE NO SMALL PLANS; THEY HAVE NO MAGIC TO STIR MEN’S SOULS”

The Carl Feitl Family from the Central Alberta farming district of Centerville comes from a line of farmers with roots in Jennersdorf, Austria.  My grandfather, Joseph Feitl, had a large family and many of his posterity still live in the Bergunland district of Austria.  So I suppose it was in my genes that I was destined to follow in the footsteps of my ancestors and become a ’tiller of the soil.’ 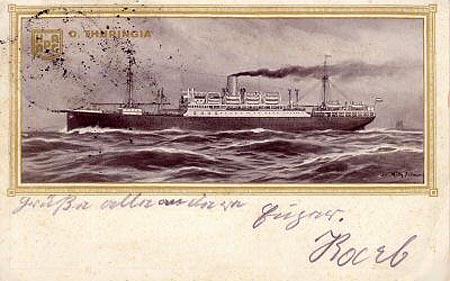 How the Feitls came to North America is: two brothers arrived in the 1920s, hiring themselves out as farm workers to larger, established land owners. Uncle Frank came to Canada first, with my dad Carl coming in April of 1929. They both stayed in the Central Alberta area; Uncle Frank in the Evergreen district north of Eckville, and dad settling further east, closer to Sylvan Lake.

Both brothers married and raised families – however the Feitl name was lost due to the two of them having all girls who married into other families.

The spelling and pronunciation of the Feitl name did not change at the time of immigration – unlike many others that came to Canada.  As best I can tell, through a German speaking acquaintance, ‘Feitl’ most likely means ‘short knife’.

The heritage of my mom, Martha Elizabeth Holm is Scandinavian, with Grandpa coming from Sweden and Grandma coming from Northern Finland.  Apparently Grandpa owned many acres of prime timberland in Sweden.  If anyone knows what happened in the transfer of that property, please inform them of a serious oversight – I was left out of the will! 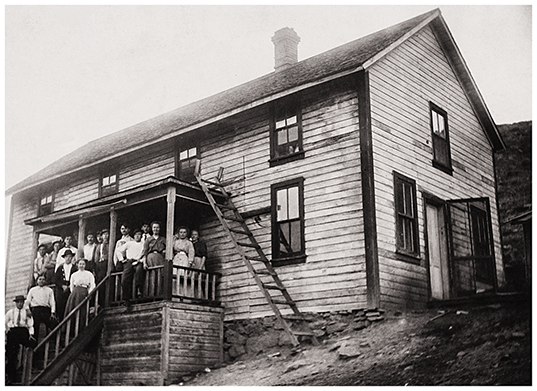 Grandpa and Grandma Johnson came to North America from their homelands in 1910, first settling in Sand Coulee, Montana where Grandpa worked as a coal miner; and Grandma ran a boarding house.  They soon crossed the border into Canada in hopes of finding greater opportunity.  Like Uncle Frank, they purchased land and established a farm home close to Eckville – complete with a Swedish sauna!  Unlike the Feitl name, Grandpa changed his last name from the all too common ‘Johnson’ to the more distinct ‘Holm’.

I am grateful for the courage and tenacity these remarkable people had in travelling those great distances during the early part of the 20th century. Leaving established homes and coming to a vast, largely unsettled prairie took vision, faith and fortitude.

My dad worked for other people until some land became available to rent and his dream of farming on his own became a reality.  In 1944, four years after mom and dad were married, they bought the half section of land where Jeff and I presently operate Gablehouse Farm and Gardens. 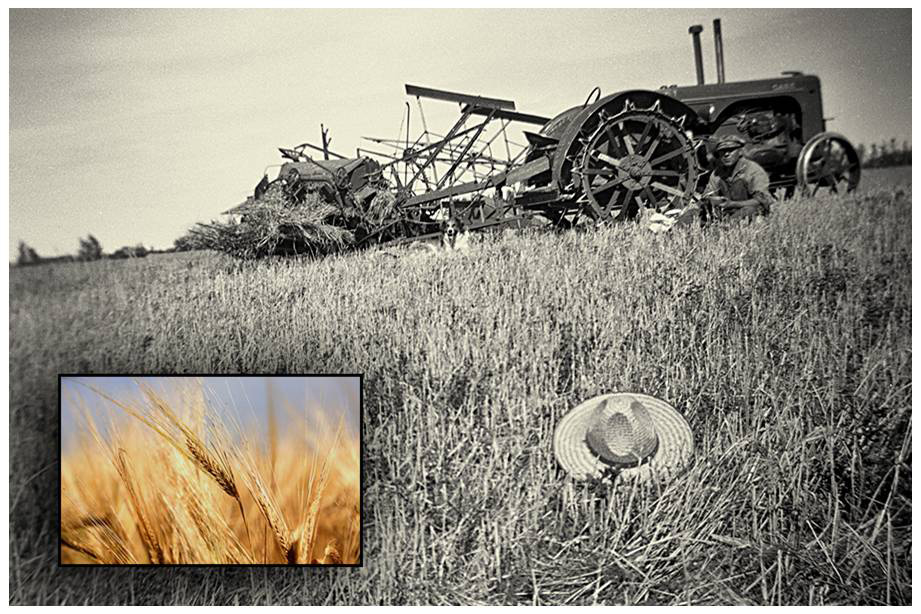 (Martha would bring lunch out to Carl in the field – can you see the dog?)

They worked hard by clearing and breaking land for cultivation; planting the pine and spruce shelterbelt that still protects the house and gardens; and building the barn for the unbelievable sum of $500.  Their first crops of wheat, barley, and oats were threshed using a machine called a ‘separator’ that was attached to a tractor for power. Sometimes the grain didn’t get into the storage bins until there was already several inches of snow on the ground! 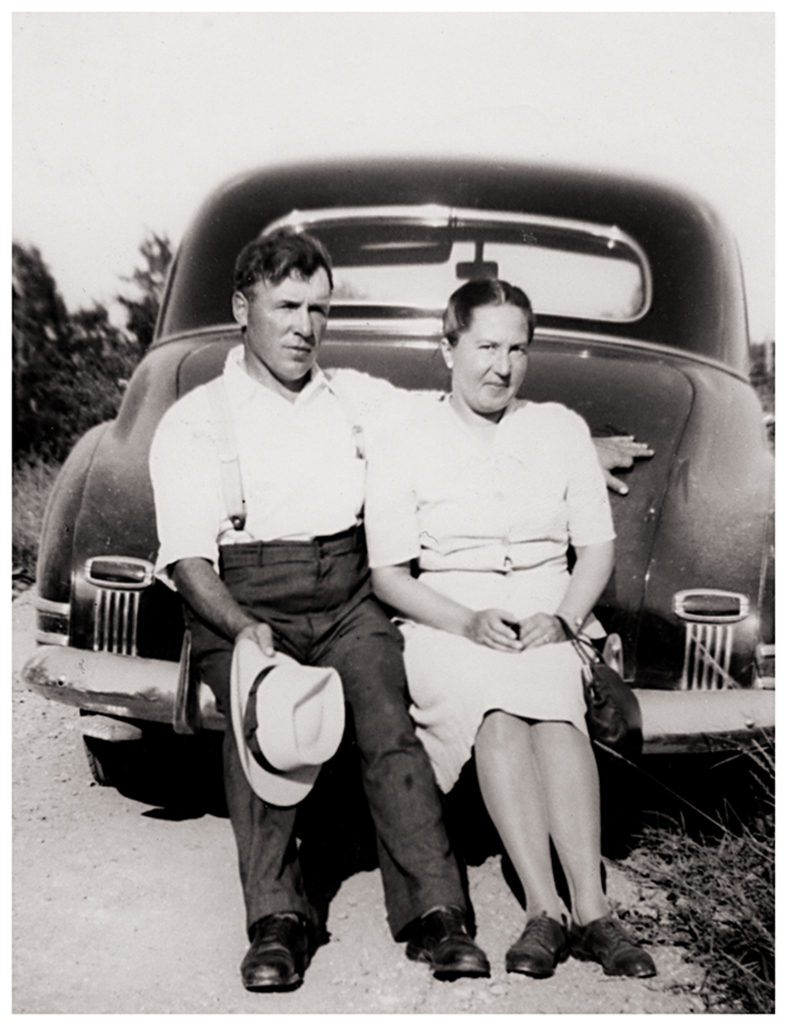 Growing up on what is now Gablehouse Farm and Gardens has provided many wonderful memories of family life in the country.  It has also facilitated what I like to call the ‘long view’ in many aspects of our lives.  The physical panoramic view looking west across the Medicine River Valley to the Rocky Mountains has created the same ‘long view of things’ in our relationships and personal priorities. 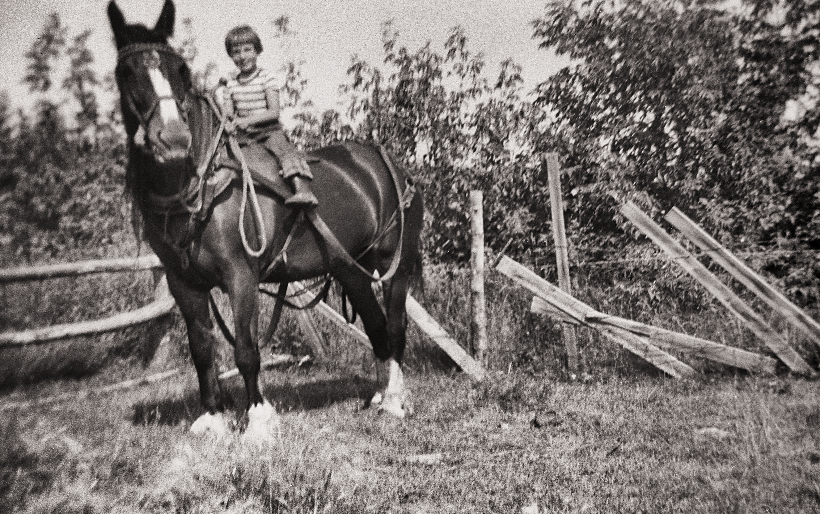 Traditional values of home and family were the accepted and honored way of life, with neighbors helping and watching out for one another.  Jeff and I have tried to incorporate those same timeless standards and traditions into the week to week operation and management of ‘Gablehouse’.

More recent history includes Jeff and I meeting in high school and carrying on from there.  We have one son Julian, who resides in Red Deer with his wife Odessa and our grandchildren Reuben and Elizabeth.

After living in Calgary for many years and putting Jeff through school at the Alberta College of Art and Mount Royal College, Carolyn attended Olds College where she remained on the Dean’s Honor Roll for three years while acquiring a double major in Field/Nursery and Greenhouse Production Horticulture.  She soon after completed the necessary requirements to obtain a journeyman ticket in Landscape Gardening.

In the summer of 2004 Jeff and I made the move from our Calgary home of 25 years, back to the farm – with the intention of developing local extended season raspberry production.  Carolyn started growing and selling raspberries, a few herbs, annuals, shrub roses and perennials on a small scale.  What began with the dream for a production garden became a specialized daylily nursery where Carolyn realized her goal of being a grower and working with plants.

Initially, Jeff was unsure of this budding horticulture adventure, but helped along by keeping the many acres of lawn manicured and the machinery in good running order. In the beginning there was lots of clean-up and maintenance to be done; as 30 years of renting had taken its toll on the farmyard and buildings. 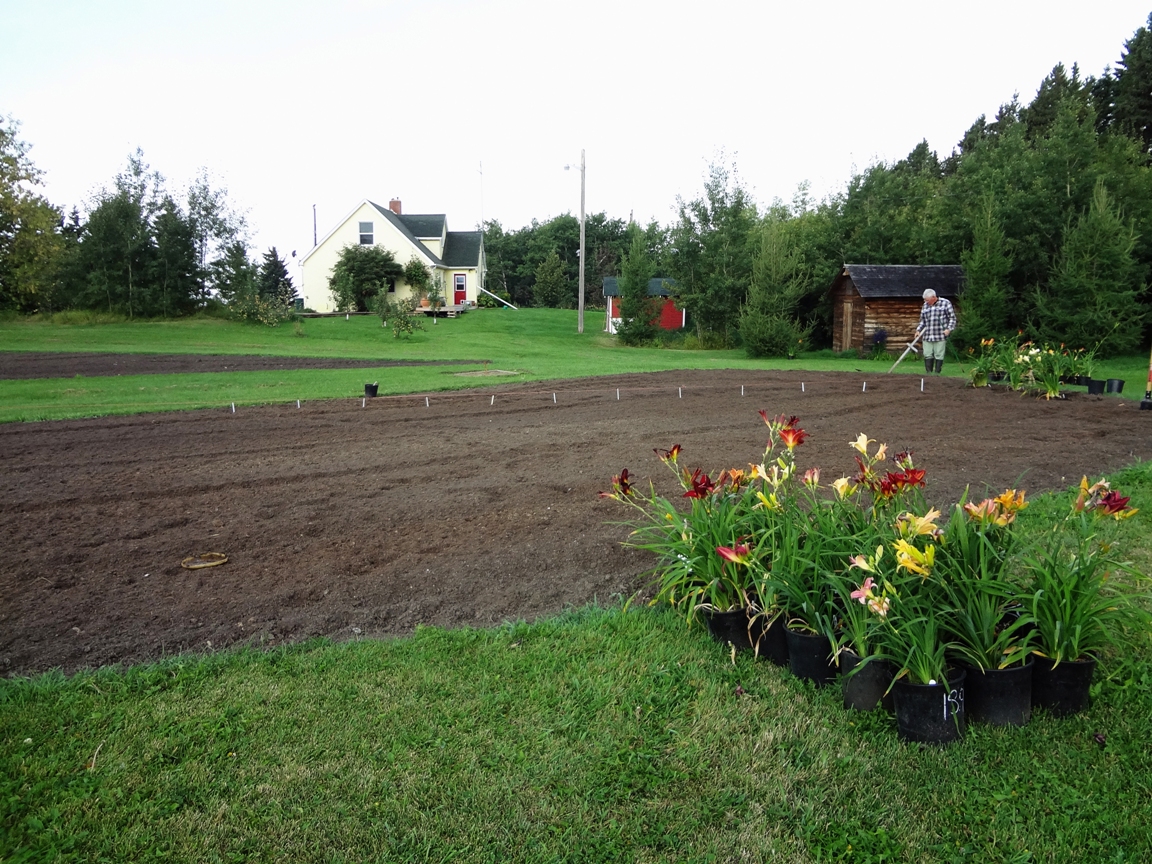 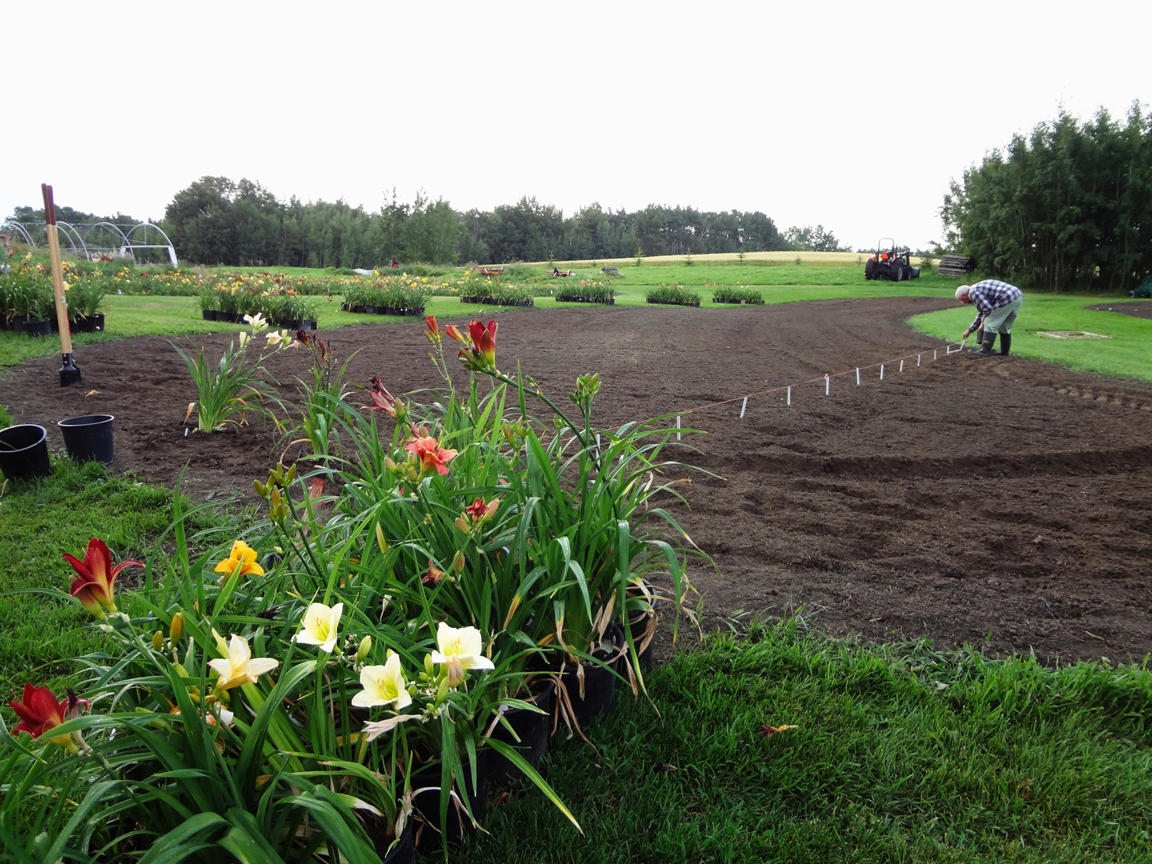 In 2010 a small collection of about 65 daylily cultivars serendipitously came into our possession.  We soon realized that daylilies were a great ‘crop’ and expanded the number of cultivars to 130 and then to our current 400 (or so).

One of the goals of Gablehouse Farm and Gardens has been to grow and make available to the public cultivars of daylilies that are not commonly propagated and distributed in Canada’s Prairie Provinces.

Jeff now enjoys the ‘long view’ and is a major contributor to the success of ‘Gablehouse’ with his expertise in art and design.  He not only handles all the tractor work, but is the tech man for making sure our website is up to date and functioning properly.  He also gets to exercise his artistic muscles by capturing the beauty and grace of our gardens through his spectacular photos. 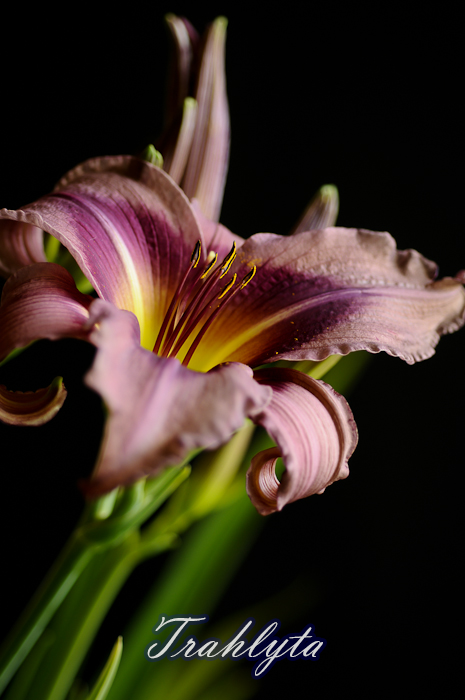 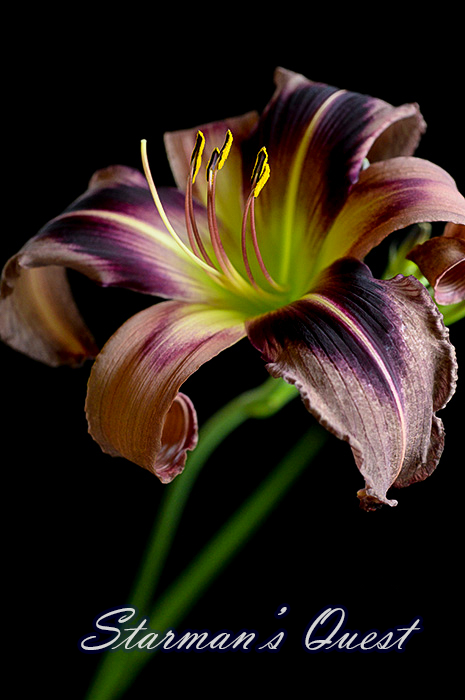 In 2014 twelve new raised beds and a large oval ground bed were installed to give us additional resources to expand and show-case our daylily collection for our customers. Reliable information, up to date product lines and customer service have expanded our company’s profile in the industry.

Our ‘long view’ is to continue to grow as a gardener friendly specialty nursery, provide first rate service and education, continually producing premium daylilies that will fulfill the need of our valued private and commercial customers.

We look forward to future years of cultivating many new daylily relationships.

(Hemerocallis Starman’s Quest, an ‘offspring’ of Trahlyta & Persian Pattern – Burkey 1989, was added to our gardens during the Summer of 2015, and is not currently for sale)

Make an Appointment >>
Map to our Location >>

We are central to many towns and districts – Rocky Mountain House to the west, Stettler to the east, Olds to the south and Lacombe to the north.

We look forward to meeting you and talking about all things daylily!